Hey there! Are you ready for casual polite greeting number 4? Well ready or not, here it comes!

How’s it going?: This is another polite greeting which can be used instead of the slightly more formal “How are you?” or “How do you do?”  This is an appropriate greeting for everyone, whether they are younger or older than you.  A very similar phrase to “How’s it going” is “How are you doing?”; the second is considered to be a bit less casual and is often used to greet someone who may be having a difficult time in their lives.  For example, it would be a better choice to use “How are you doing?” when greeting someone who was recently ill or experienced a death in the family.

Visit Stack Exchange for some examples of How’s it going? Greeting.

Then come on over and have a lesson. We miss you and we want to know, “how’s it going”.

What was your strategy to get 7 bands in IELTS writing?

Great question! I’m not sure which score you are achieving now but to score well you need lots of practice. It is also very important to take a formal IELTS preparation course with TESOL certified, native English speaking teachers. This is very important so that you can get the correct feedback and instruction and be very familiar with the test format. Please get in touch if World’s English can assist you. We have a comprehensive curriculum of IELTS preparation courses at a very affordable price. Many of our lessons are even free. you can check out the catalog here: World’s English, Visit https://worldsenglish.net to learn about our affordable English lessons .- IELTS-TOEFL-TOEIC-BULATS-Business English-Medical English-Children’s English-Grammar-Conversational English- $5 group lessons-$29/month

At World’s English we offer English language training with native speakers for professionals and executives, whether you have basic, intermediate or advanced level English skills. We offer one-on-one tutoring or small group online courses that will enable you and your colleagues achieve the specialized English communication abilities that are needed to excel in today’s business world.We will help you with a variety of communication skills like technical writing, oral communication, English vocabulary, accent reduction, and presentation skills. You can complete a specialty course or study general English. It’s your choice! Visit the World’s English course offerings and get started today while we still offer this great price. When the classes fill up the price will go up, so reserve your space today at https://www.worldsenglish.net/courses/

World’s English is working madly to add more great speaking lessons and content for you. Many of our lessons are FREE and those that aren’t are only $5. How can we do this? Our overhead is low and we have a mission to help as many people as possible achieve great results on their English language exams. We want to help you prepare for IELTS and recommend that you consider our subscription so you can take as many lessons as possible. We truly beleive this is the best deal around for high quality lessons with TESOL certified, native English speaking teachers.

Get your subscription here.

That may work for exams that require only memorization but it absolutely will not work for IELTS or TOEFL. You must practice with a very high level English speaking teacher; preferable a native English speaker. You need feedback and practice with the times and requirements of the exam. Please let us know if we can help you at World’s English, where we offer preparation courses for both. You are also welcome to check out our FREE IELTS and TOEFL video lessons. Following these free videos you can crack any competitive exam.

I would like to offer you a free gift or FREE LESSON just for being one of our valued blog readers. I’ve just released a free video lesson: Business English: ADVERTISING.

Keep an eye out for more free lessons in the future.

“ Gotta Catch ‘Em All!” History of how The English language acquired its vocabulary.

-Is it correct to use the Japanese word Pokemon in an English sentence?

Although many people like to be posh about their English, the language is actually made up of many different sources. In history, way back in 450 AD, Germanic tribes, the Angles, the Saxons and the Jutes flooded into England. They gave us some everyday words such as “house” and “loaf”.

In 597 AD, the Romans entered the scene and brought with them Christianity as well as words such as “bishop” and “font”.

In 800 AD, things were really shaken up when the Vikings barged into England. They brought with them some rather violent words such as “ransack” and “die”.

Much to the British Isle’s dismay, William the Conqueror and his Normans arrived on England’s shores in 1026 AD.  His reign brought along words like “judge” and “jury”. The Normans gave us about 10 000 new words as well as a 100 Year War. That led to the English rising to power in England.

Thanks to William Shakespeare, English literature’s most beloved writer, the English language has 2000 more words by the year 1616 such as “puppy dog” and the more ominous, “besmirch”.

Again, Literature revolutionized the language with the first edition of the King James Bible published in 1611; making English accessible in the written and spoken form to everyone.

In the 17th-century scientific terms were added to English. Words such as “acid” and “gravity” helped the common man grasp scientific notions and better understand the workings of the universe.

Armed with science, religion, and literature, the English language ventured to the ends of the earth. In the Caribbean words such as “barbecue” and “canoe” were adopted In India, “yoga” and “bungalow” were added to the English lexicon. English adopted some rather spooky words from Africa such “voodoo” and “Zombie” and some more tame words from Australia such as “boomerang” and “walkabout”.

The inclusion of these foreign words causes some confusion. Thus in 1857, the first Oxford Dictionary was published and has regularly been updated ever since.

Yeah but some words are fake!

So now, back to our question; is it correct to use the word Pokemon in English? Well, based on the evidence above, the answer is a resounding yes! English has a history of adopting foreign words (literally) and incorporating them into mainstream English. So fear not Pokemon goers! Even when chasing Venusaur, you are upholding the proud traditions of the complicated language that is English.

Improve your English to the next level in just 6 months with your PERSONAL ENGLISH ACTION PLAN!

Your PEAP will come to you in your email.

Next, complete the level test.

Then, after that, you will complete your FREE Consultation lesson.

Finally, you will receive your PEAP.  It will look something like this:

On the level test you will answer grammar questions at each level A1-B2. Ultimately, your combined answers will determine your level.

Additionally, you will have the opportunity to test your level in reading, writing, listening, and speaking. This will assure that we have a full and clear picture of your abilities.

At World’s English we offer English language training for professionals and executives, whether you have basic, intermediate or advanced level English skills. We offer one-on-one tutoring or small group online courses. Essentially, our lessons will help you and your colleagues achieve the specialized English communication abilities that are needed to succeed in today’s business world.

First, start with a level test and  free consultation lesson today. Then, receive a plan (PEAP) that will contain valuable information like this.

Finally, climb the steps on your PEAP to the next level…

Complete the steps in your PEAP and qualify for another free level test to see how you did studying. Your second level test is our report card as much as it is yours. At World’s English we want you to be successful so we design lessons that will help you to learn and retain English language skills very quickly.

Your Success is OUR success!!

Okay! Okay! I get it. You love Pokemon. It’s addictive!

Consequently, you can’t stop playing. You don’t have to be a kid. Fortunately, Pokemon craze has infiltrated the adult world, as well.

You don’t have to stop. Alternatively, there is a better solution for you. When was the last time you watched the first Pokemon movie? Here it is in English. Pay attention to the English, and as you do so, you will be working on your English listening skills.

This Pokemon listening lesson has 3 parts:

Be the best listener, like no one ever was!

Did you know that watching movies is one of the best ways to build English listening skills? As a matter of fact, you can watch any movie you want. If you are a beginner you should try to pick simple movies. Pokemon is a great choice for beginners and advanced English learners alike.

Here are some tips for getting the most out of your Pokemon listening lesson:

That’s enough of me talking. Let’s watch and LISTEN!

Did you enjoy the movie? Have you seen it before? Did you learn about any new Pokemon characters that you didn’t know about before? If your brain is not too tired from listening to English maybe you can watch another one. If it is too tired, come back tomorrow and listen some more.

Here’s another one. Enjoy!

We often focus on building our English speaking and conversational skills, but you really can’t speak without listening, can you? At least not very well. Let’s take a look at what kinds of tips the British Council recommends for building your listening skills. Visit British Council now.

Now that you have worked so hard on building your listening skills, why not schedule a conversational lesson with a native English teacher so you can practice. 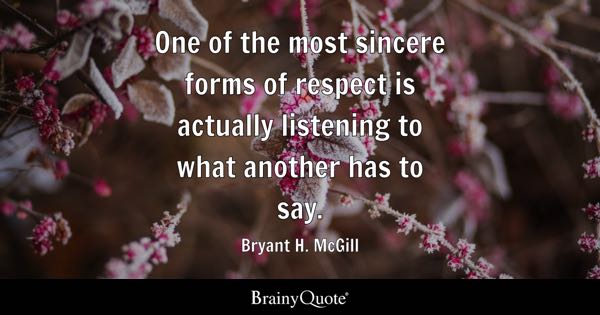